2013 was a harsh teacher but we learned a lot at Unshoes this year. We’re very excited to move forward with 2014 and apply the things we learned to make our company better. We are in the process of making some more changes to our production process to get our turnaround time down and get sandals delivered faster. Our goal is to take a few steps ahead so that everything is in place when an order is received instead of executing the entire process after an order has been placed. Rather than bore you with production and management details, I’ll just give you a couple of announcements for 2014.

1. Last year we announced that we would release a new women’s line of sandals. We have been working on them, but we realized that we had to work out the kinks in our current production before we can start producing a whole new line of footwear. Now that our current process is being revamped, we are almost ready to go. We’ve continued to work on prototypes and will be launching a Kickstarter campaign by March to raise funds to get this project off the ground. To start off, we’ll offer a few of the more basic designs and then as we receive funds for the project we’ll begin working on new designs. We’ve chosen a name for the new line but it’s not set in stone quite yet so I can’t tell you what it is. When we get it all ready We’ll announce it here and post some pictures of new prototypes.

Once we launch the Kickstarter campaign, we’ll need as much help as we can get to spread the word!

2. We will soon be using new soles for our sandals. The actual rubber material will be very similar so they will function the same. The tread patterns will be different. Also, the Wokova Feather will be available with  4mm and 6mm soles. The 4mm will offer the maximum “barefoot” experience and function and the 6mm will give just a little bit more protection and cushion. When we get ready to launch this change, we’ll update the blog with more info and pictures. 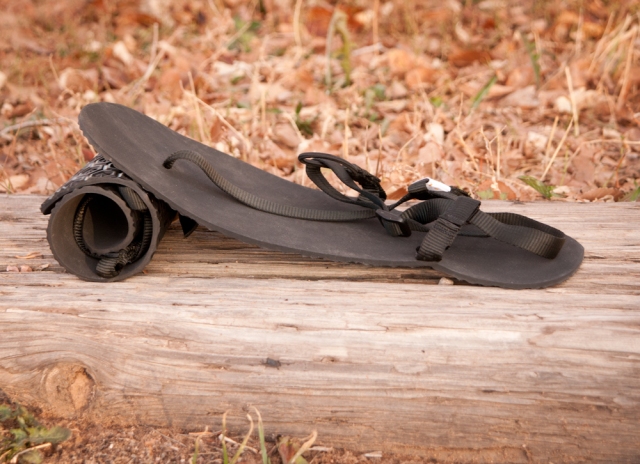